Meerabai ji did not understand anything other than devotion to Shri Krishna, she used to be absorbed in Krishna devotion day and night and she felt the whole world to be Krishna, so she used to stay away from worldly pleasures and delusion, her mind was only Shri Krishna. He used to take part only in Leela, Saint-Samaggam, Bhagvat discussion etc.

Saint Mirabai has written thousands of devotional poems describing the form of Lord Krishna. The love and devotion of Sant Meera Bai towards Shri Krishna is clearly visible in the verses and verses of the poems composed by her. At the same time, Meera Bai has said for Shri Krishna.

Meerabai ji’s devotion to Shri Krishna can be gauged from the fact that she had to suffer a lot from her in-laws because of her devotion to Krishna, even attempts were made to kill her many times, but Mirabai He did not make any difference to this, rather his faith in his Lord Krishna kept increasing day by day, he had devoted himself completely to Shri Krishna.

Considering Shri Krishna as her husband, she has also composed many eloquent verses of Krishna devotion, along with this, she has described the beauty of Shri Krishna in the best way in her creations.

In the poems and verses of the great saint Mirabai ji, a wonderful glimpse of her deep faith and love for Shri Krishna is seen, along with this, in her poems there is a deep anguish towards female subordination, which is painted in the color of devotion and It has become even deeper.

At the same time, today we will give you interesting information related to the life of the great saint Mirabai ji in this article, as well as tell about her literary contribution, so let’s know, Sant Mirabai ji, the greatest seeker of Shri Krishna and the great poet of Hindi literature. About the life of

There is no concrete information about the birth of Shri Krishna’s greatest seeker and great spiritual poet Mirabai, but according to some scholars, she was born in 1498 AD in a royal family living in Kudki village after Jodhpur district of Rajasthan. . His father’s name was Ratna Singh, who was a king of a small Rajput princely state.

When Mirabai ji was very young, her mother’s shadow was lifted from her head, after which she was raised by her grandfather Rao Duda ji, a person of religious nature, who was a great seeker of Lord Vishnu. On the other hand, Mirabai had a profound effect on her grandfather. Meerabai was engrossed in devotion to Shri Krishna since childhood.

Marriage And Struggle Of Mirabai Ji –

Meerabai ji, who was engrossed in Shri Krishna devotion, was married to Maharana Kumar Bhojraj of Udaipur, the eldest son of Maharaja Rana Sanga of Chittor, but only a few years after their marriage, a mountain of sorrows fell on Meerabai, her husband Bhojraj. Death had taken place. After which, considering Shri Krishna as her husband, she was absorbed in his worship all the time.

It was not easy for Mirabai to worship Shri Krishna, had to face a lot of opposition:

After the death of Mirabai’s husband, most of her time was spent in the devotion of Shri Krishna. She used to be so engrossed in the devotion of Shri Krishna, that she could not even pay attention to her family responsibilities, even Meerabai had once refused to worship the family deity “Goddess Durga” in her in-laws’ house by saying that That, his mind does not seem to be in the worship of any other God except Girdhar Gopal.

Meerabai’s romance was Krishnamaya, even she always used to sing the verses of Shri Krishna and used to dance etc. with the sages and sages by drowning in the devotion of Shri Krishna, but Meerabai’s dance like this was absolutely necessary for the royal family. Didn’t like it, they used to stop him from doing so, and he also opposed it a lot.

Meerabai’s in-laws used to argue behind this, that she is the queen of Mewar, she should live in royal luxuries with the royal tradition and take care of the dignity of the dynasty. Many times Meerabai had to face many difficulties due to her devotion to Krishna, despite this Meerabai did not stop worshiping Shri Krishna.

Seeing Meerabai’s devotion to Krishna, the in-laws had hatched a conspiracy to kill her:

Due to devotion of Shri Krishna, Meerabai’s relationship with her in-laws was getting worse day by day and then when the in-laws saw that Meerabai’s devotion to Krishna was not decreasing in any way, then they poisoned Meerabai several times. Even tried to kill him, but he could not even spoil the hair of the devotee of Shri Krishna.

Poison given to Mirabai:

Snakes sent flowers to the basket to kill:

There is also another legend behind the killing of the famous saint Mirabai, according to which once Meerabai’s in-laws had sent a snake to Meera to kill her, but as soon as Meera left the basket When opened, the snake turned into a garland of flowers.

According to another legend, in an attempt to kill Meerabai, a lover of Shri Krishna, once Rana Vikram Singh sent a kanto seed (bed) to kill her, but, it is said that, the thorn seed sent by him was also a flower. turned into the bed.

Behind the failure of all the attempts to kill Meerabai, Shri Krishna’s exclusive girlfriend and strict seeker, people believe that Lord Shri Krishna himself came and protected his supreme devotee, sometimes Shri Krishna had also given him a vision.

The great saint and poet of Bhaktishakha, Mirabai ji’s fame for her devotion to Krishna spread far and wide. The verses, poems and hymns composed by Meerabai ji were sung all over North India by drowning in the love of Shri Krishna.

On the other hand, when the Mughal emperor Akbar came to know about Mirabai’s wonderful love for Shri Krishna and the miraculous events that happened to him, then the desire to meet Meerabai ji was awakened in him too.

Actually, Akbar was such a Muslim Mughal ruler, who was excited to know about every religion, although the Mughals had mutual enmity with Mirabai’s family, due to which it was difficult for the Mughal emperor Akbar to meet Shri Krishna’s exclusive girlfriend Mirabai.

But the Mughal emperor Akbar was so much inspired by Mirabai’s devotional expressions, that he went to meet her in the guise of a beggar and during this time Akbar listened to Meerabai’s soulful bhajan, kirtan, immersed in the love of Shri Krishna, which he was mesmerized to hear. And gifted Mirabai a valuable necklace.

At the same time, if some scholars are to be believed, the news of Mughal Emperor Akbar meeting Mirabai spread like a fire in Mewar, after which Raja Bhojraj ordered Meerabai to commit suicide by drowning in the river.

After which Meerabai followed the orders of her husband and proceeded towards the river, it is said that when Meerabai was going to drown in the river, then he had a vision of Shri Krishna, who not only saved his life, but also asked him to leave the palace and come to Vrindavan to do devotion, after which Meerabai, along with some of her devotees, went to Vrindavan, the tapobhumi of Shri Krishna and spent her life. Spent most time there.

Settlement of Meerabai in Vrindavan, the city of Shri Krishna:

Meerabai, who had devoted herself completely to the devotion of Shri Krishna, decided to go to Gokul city on the orders of Shri Krishna. In Vrindavan, this greatest seeker of Shri Krishna got a lot of respect, wherever Meerabai went, people used to give her the respect of goddesses.

It is also said that after the death of Mirabai’s husband, her father-in-law, Rana Sanga, asked Mirabai to perform sati with her husband’s funeral pyre, as per the tradition of sati at that time, but Meerabai told Krishna to be her real husband. Refusing to be Sati.

After which the atrocities on Meerabai by her in-laws went on increasing more and more, but even after suffering a lot by Meerabai, her love for Shri Krishna never diminished, but her faith in her Lord Shri Krishna kept on increasing.

Meera Bai, who was absorbed in the devotion of Shri Krishna, also wrote a letter to Tulsidas ji, the great poet of Hindi literature, some lines of which are as follows –

Through this letter, Mirabai sought advice from Tulsidas ji that, I am being harassed by my family members for giving up the devotion of Shri Krishna, but I have accepted Shri Krishna as my everything, she is my soul and my soul. settled in Rome.

Leaving Nandlal is like giving up body for me, please advise me to get out of such confusion, and help me. After which Tulsi Das, the great poet of Hindi literature, responded to the letter of the great poet of Bhakti branch, in this way –

That is, Tulsidas ji told Mirabai ji that, just as Prahlad left his father for the devotion of Lord Vishnu, Vibhishana left his brother to worship Rama, Bali left his guru and the gopis left their husband. In the same way, leave your relatives who cannot understand you and your unwavering devotion to Shri Krishna and do not worship Lord Rama and Krishna.

Because the relationship between God and the devotee is unique, which is immortal and all the worldly relationships in this world have been told to be false.

No evidence is found about the meeting and relationship of Meera Bai, the great poet of Shri Krishna Bhakti branch, and her Guru Ravidas ji.

Along with this, according to many litterateurs and scholars, Sant Raidas ji was the spiritual guru of Meerabai. On the other hand, Mirabai ji has also described Sant Ravidas ji as her guru in her posts, her post composed by Mirabai ji is as follows-

It is clear from this verse of Meerabai that Meera Bai had considered Sant Raidas ji as her true and spiritual teacher and she had learned to play music, sabad and tambura from Ravidas ji. Let us tell you that Meerabai ji has mostly used Bhairav Raga in her hymns, posts etc.

Mirabai was a great spiritual poet of Saguna Bhakti stream, she composed many poems, verses and verses by drowning in the love interest of Shri Krishna. In the works of Meerabai ji, her unwavering love, reverence, engrossment, spontaneity and self-surrender for Shri Krishna is clearly visible.

Mirabai has described her love for her Lord Shri Krishna with great ease and ease. Along with this, she has also expressed love and pain. Let us tell you that in the compositions of Meerabai, the immense love of her heart for Shri Krishna is seen, the names of some famous compositions written by Meerabai are written below, which are as follows –

Apart from this, a compilation of Mirabai’s songs has been done in a book called “Mirabai Ki Padavali”.

According to some legends, the great poet of Bhakti stream, Meerabai ji spent the last time of her life in Dwarka, while in about 1560 AD, once Meerabai was doing bhajan-kirtan by drowning in the love of Shri Krishna in the extremely Dhadakadheesh temple, That’s when she got absorbed in the holy heart of Shri Krishna.

According to the Hindu calendar, the birth anniversary of Mirabai ji is celebrated on Sharad Purnima. Even today people know Meerabai as a lover of Shri Krishna and as his ultimate devotee, along with this, they sing hymns immersed in their love interest. Along with this, the terms of Mirabai have also been used in many Hindi movies.

That is, the way Mirabai, after facing all the troubles, concentrated and wanted her Lord, it is really commendable, that is, everyone should have faith in the Lord with a true heart and should remain firm towards their goal. 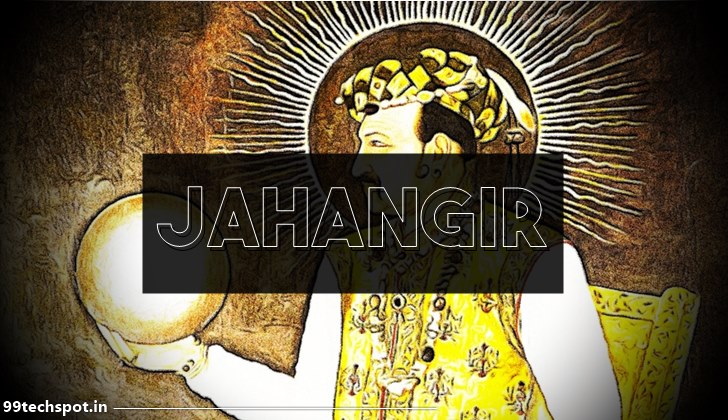 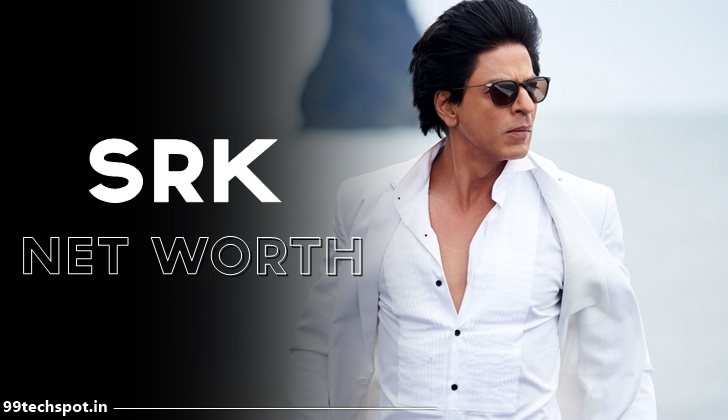 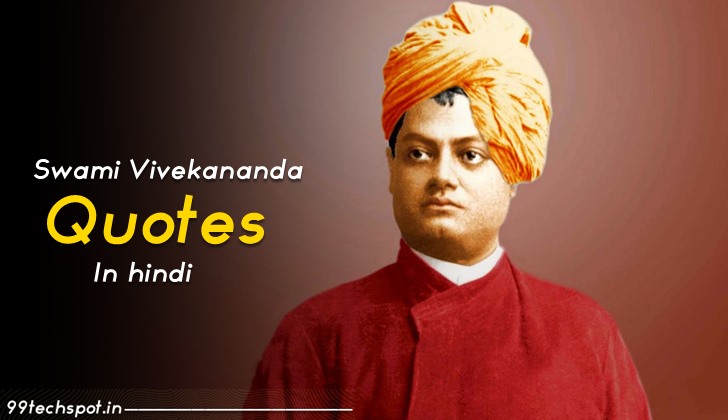 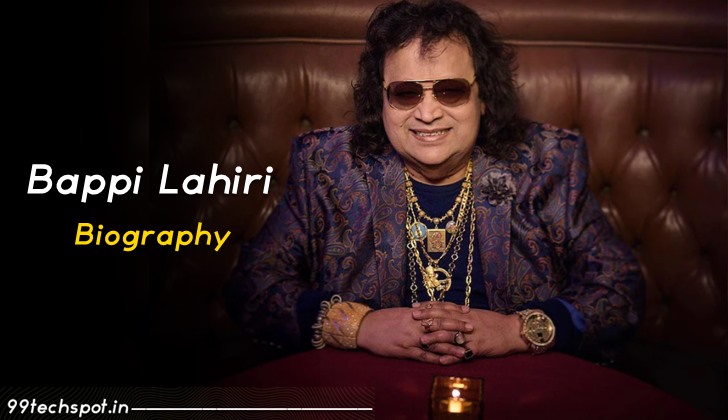 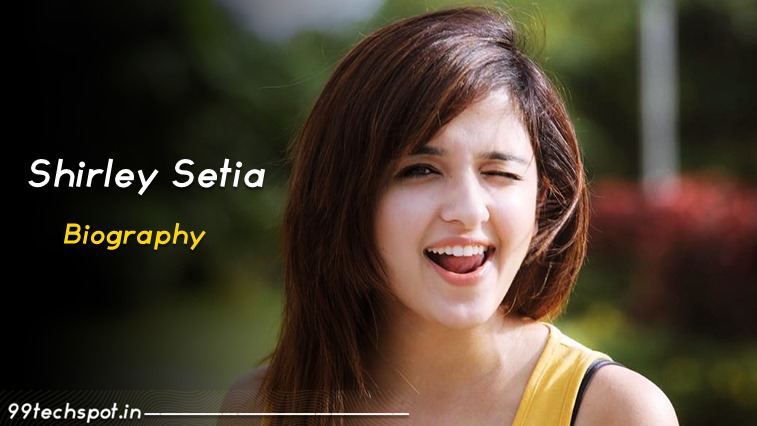