Gandhi Jayanti Speech: Gandhi Jayanti is on 2 October in India. Mahatma Gandhi, the Father of the Nation, was born on this day in 1869 in Porbandar, Gujarat.

On his birthday we are sharing the speech of Gandhi Jayanti in simple and easy language. We have prepared for the students from the list of speeches on Gandhi Jayanti.

Students and teachers can choose speech as per their requirement and can use it in different competitions in their school, college on the occasion of Gandhi Jayanti.

October 2 Gandhi Jayanti is a very important day for us Indians. On this day we celebrate the birthday of Father of the Nation.

We also call Mohandas Karamchand Gandhi the Father of the Nation Mahatma Gandhi and Bapu with respect and love.

Mahatma Gandhi, a priest of truth and non-violence, was a conductor of non-violence, he did many such things in life which make him great, he has a great contribution in getting the country’s independence.

On the occasion of his birthday, we are presenting speech in a simple and easy way for the students.

Today is 2nd October. This day is very important day for our nation. Today we are celebrating the birth anniversary of the Father of the Nation Mahatma Gandhi. We also refer to him as “Bapu” with great respect and affection.

Here I am narrating the story of Bapu to all of you through a speech on Gandhi Jayanti, whose birthday we are celebrating all over India and the world today.

Many years ago, on this day in 1869, in the city of Porbandar, Gujarat, a lovely child was born. Father Karamchand Gandhi and mother Puttibai were overjoyed. He named the baby (Mohan) Mohandas Karamchand Gandhi.

When Mohan grew up he was greatly influenced by his father’s honesty and strict discipline and his mother’s simplicity and religious thoughts.

At a very young age, the shy little kid learned the great values of truthfulness, honesty and discipline. He followed these values throughout his life.

And demonstrated the true power of these values to the whole world. When Mohan grew up, he fell prey to some bad habits. They hid their evil deeds from their parents.

But the good ideals of his parents did not allow bad habits to linger with Gandhi for long. She realized her mistakes.

And bad addictions and repented of her bad habits. Gandhi admitted his bad habits by writing a letter to his parents.

This incident strengthened her to follow the values taught by her parents. Gandhi was sent to England to study Law. After studies.

he became a lawyer in India. He went to South Africa for one matter. There was discrimination between white and black people in those days.

While traveling in South Africa, he was thrown out of the first class compartment of a train for being black in color. For Gandhiji, it was a very humiliating experience in his life.

He decided to fight against the discrimination between black and white by the British and returned to India.

Mahatma Gandhi created a new method of “Satyagraha” to fight against the British in a non-violent manner to protest injustice. Many people joined him.

People called him Bapu (father) and Mahatma (saint). Bapu and his comrades completely forcibly made India against British rule.

Due to which the British arrested Bapu and his other Indian freedom fighters and sent them to jail.

But that did not dampen his spirit to fight against injustice. There was no discrimination in the Satyagraha, people of all religions and all castes supported Bapu.

Everyone, whether Muslim, Hindu or Sikh, or from any other religion, accepted each other as their brother or sister in the Satyagraha movement.

Eventually the British felt it would not be possible to rule India against Bapu and his fighters. Our country got freedom on 15th August 1947.

This is the first time in the history of the world and mankind that the Satyagrahas achieved a great victory only by non-violence.

Since then the whole world has recognized the greatness of Bapu and the iron of the Satyagraha movement.

Many other famous leaders around the world such as Martin Luther King, Aung San Suu Kyi, Nelson Mandela, Anna Hazare, etc., practiced non-violence in the face of injustice.

To remember, honor and pay tribute to his great works, his birthday is celebrated every year on 2nd October as Gandhi Jayanti. On this day we Indians take a vow to follow his good deeds

Respected headmaster, teachers and my dear colleagues, I salute you.

On the occasion of Gandhi Jayanti, Happy Birthday Bapu Ji. 72 years ago on this day a saint was gunned down by bullets for political and communal reasons.

The light that had lit up our dark lives had been extinguished from among us. All around there was silence and darkness.

The light that Bapuji gave to our country was no ordinary light. He spread such a light which illuminated every corner of the country.

Gandhiji proved to the world on his own that the path of truth and non-violence is the best way.

Using both these weapons, he gave freedom to the country. Gandhi ji sacrificed his life for the sake of humanity but he never deviated from the path of truth.

Bapu showed the world through his actions that service to humanity in the true sense is the true religion.

Mahatma Gandhi considered every person with respect and as his own, he was against social equality and untouchability.

Gandhiji used to do what he told me. He was honest, wise, conscientious, sensitive, knowledgeable, principled and optimistic.

Such great men do not take birth repeatedly. This great man was born in the family of Putlibai and Karamchand Gandhi on 2 October 1869 in Porbandar, Gujarat.

Who showed humanity a new path. At the same time, made the public aware of freedom and fought hard to remove social evils.

Gandhi ji lived a simple life but his thoughts were high and he also showed his high ideas by realizing them. If the present and future generations of our country follow the ideas of Gandhiji.

Then our India can become a golden India. If we want to bring peace, harmony and peace in the country, then we have to adopt Bapu’s thoughts.

But he is commonly referred to as Bapu or the Father of the Nation. Mahatma Gandhi was born on October 2, 1869 in Porbandar, Gujarat.

His father’s name was Karamchand Gandhi, his mother’s name was Putlibai and the name of his wife was Kasturba Gandhi. Mahatma Gandhi completed his law studies in England.

He started great historical movements like Satyagraha Movement and Quit India against British Empire. In 1948.

Nathuram Godse shot and killed Gandhi. But even after death Bapu remains immortal in our hearts.

Today all of us have gathered here to celebrate the birth anniversary of our national hero Mahatma Gandhi. Mohandas Karamchand Gandhi was a man who will remain immortal in our hearts forever.

He is also known as Bapu and Father of the Nation. His complete name is Mohandas Karamchand Gandhi. Gandhi was born on October 2, 1869 in Porbandar, Gujarat.

Gandhi was a great freedom fighter who became the leader of our nationalism during the British rule.

For his great works he is called “Mahatma”. He was a great freedom fighter and non-violent worker.

He always walked on the path of non-violence, truth and peace. He also instructed his fellow citizens to follow non-violence.

He adopted the idea of Satyagraha for the Indian freedom movements and proved that non-violence is the most powerful weapon.

His father Karamchand was a great and true person. He was the chief Diwan of the Rajput state.

His mother Putlibai was a religious lady. Gandhiji was very much influenced by his mother. In 1883, Gandhiji married Kasturba.

Every year Gandhi Jayanti is celebrated to mark the birthday of Mahatma Gandhi. On this day we remember Bapu’s great deeds.

Government of India has declared this day as a national holiday. This day is also called International Day of Nonviolence.

To commemorate the birthday of Mahatma Gandhi, this day is celebrated with enthusiasm all over the world. Gandhi’s life has always been an inspiration to us.

Gandhi Jayanti is an event day but it is not just a single event but a special day for all Indians. This day is the birth anniversary of the Father of the Nation.

Mahatma Gandhi fought for the independence of India and finally on 15th August 1947 we were successful in doing so with the British Government.

Gandhi ji played an important role in the freedom struggle, hence he is also called the father of the nation and Bapu.

Greetings to respected teachers and my dear friends.

As we know that today is 2nd October which is the birthday of Mahatma Gandhi. That’s why all of us have gathered here to celebrate Gandhi Jayanti.

My name is ——- and on this special occasion I want to say something about Mahatma Gandhi ji but before that I want to thank my teachers who gave me the opportunity to speak on this occasion.

Mohandas Karamchand Gandhi is the full name of Mahatma Gandhi. But his most famous name is Bapu and he is also known as the Father of the Nation.

Gandhiji was like an ordinary child in his childhood. He also started schooling at the age of 7. His wife’s name was Kasturba Gandhi, who was married at the age of 13 to Gandhiji.

After completing matriculation and college, Gandhi went to England to study law. After a few years, he completed his law studies and returned to his native country.

He was the great leader of the Indian independence movement who fought a lot for India’s independence.

He also started the great historical movement called Satyagraha movement against the British.

In the year 1942 he started another movement “Quit India” to drive out the British from our country.

Quit India Movement was the most famous movement of Hindi. Due to which the British were forced to flee India. Finally, under his successful leadership, India got freedom on 15 August 1947.

After independence, Gandhi had traveled on foot to Noakhali when riots broke out and riots started between Hindi-Muslim.

He requested all to live in peace. But unfortunately he could not stay with us much longer. Gandhi ji’s samadhi is in Rajkot.

If we are free today, then the credit goes to Mahatma Gandhi. Gandhi’s life is a perfect example of patriotism. non-violence, truthfulness, peace, simplicity, passion and conscientiousness.

Gandhi Jayanti is celebrated every year on 2nd October 1869, the birthday of Mahatma Gandhi.

To remember his great deeds and show his thoughts to the new generation. The purpose of celebrating Gandhi Jayanti is to pay respect and homage to Gandhiji.

The main purpose of celebrating Gandhi Jayanti is to make the coming generations of India aware of the struggles done by Gandhiji with the British Empire to get the independence of India.

That’s why we celebrate Gandhiji’s birthday on 2nd October every year with enthusiasm as Gandhi Jayanti.

Gandhiji was a great man, he played an important role in Indian freedom struggle with his leadership and skill. For his contribution, we and our future generations will always remember him.

If you want poetry, poetry, essay on Gandhi Jayanti or you want to read any story related to the life of Gandhiji, then go through the articles given below. 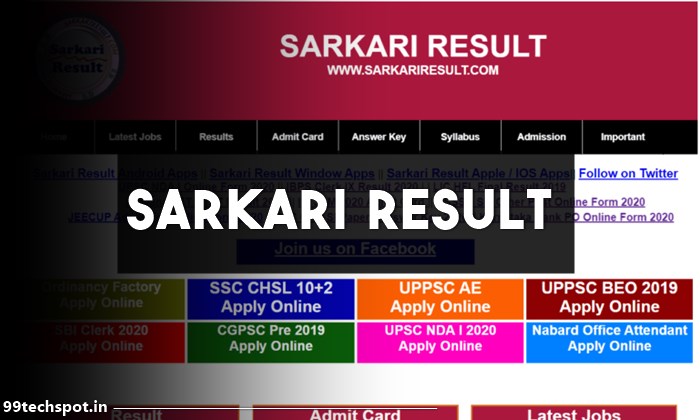 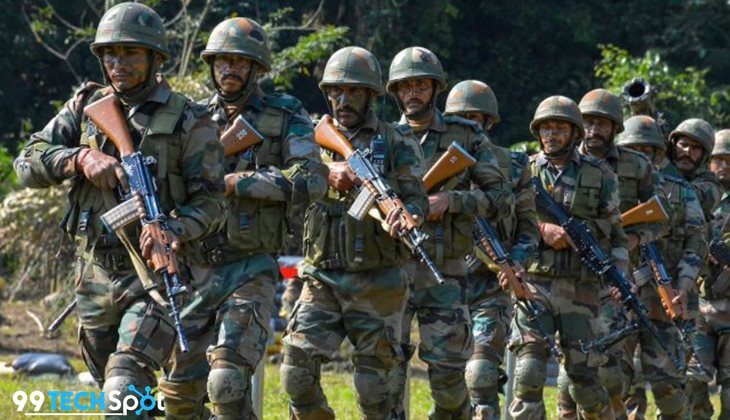 Join For Loot Offer Deals First of all, stay within…